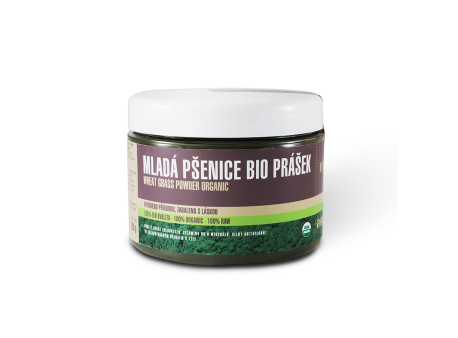 Availability: On stock Only 2 pieces in stock (Try alternative products)

We apologize for the unavailability. Estimated availability is 3.12.2020. We can send you email when we get goods in stock. 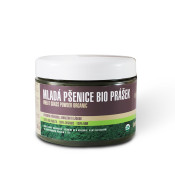 Organic Wheat Grass juice powder has many nutritional & healthy benefits. Wheat Grass has 30 times more vitamin B1 and 11 times the amount of calcium than there is in cow’s milk, 6.5 times as much carotene and nearly 5 times the iron content of spinach, close to seven times the vitamin C in oranges and 80 micrograms of vitamin B12 per 100g.

Wheat is a cereal grain. Large proportion of Wheat crop is used as an animal feed. It is also widely used for malting and is a key ingredient in beer and whiskey production. Two-row wheat is commonly employed in German and English beer breweries, and six-row wheat is used in American breweries. We can also use wheat grain to make non-alcoholic drinks for example wheat water and mugicha. Wheat is also used in soups and stews in Eastern Europe.

Most recently Wheat grass becomes a popular healthy food. It is similar to wheatgrass but it is more easier to digest. Wheat grass has many nutritional & healthy benefits. Nutritionally young wheat leaves contain all the vitamins, minerals, antioxidants and detoxifying compounds, proteins and enzymes. In addition to chlorophyll and a bunch of vitamins, minerals and enzymes, it is also believed that wheat grass have 30 times as much vitamin B1 as in milk, 3.3 times as much vitamin C, and 6.5 times as much carotene as in spinach, 11 times the amount of calcium in cow's milk, nearly five times the iron content of spinach, nearly seven times the vitamin C in oranges etc etc.

Wheat grass contains an important element P4D1, which has been shown to be able to repair the DNA in the body's cells. P4D1 can help the preventing aging, and cell death. Scientific researchs shows wheat grass juice could be better than steroid drugs but has fewer side effects. In practice doctors agree that wheat grass juice is a helpful diet supplement in a variety of illnesses, including arthritis, migraine headaches, asthma, fatigue and gastro-intestinal disorders, and can help in clarifying the skin. Wheat grass is also credited to be beneficial in other illnesses such as blood clots, and diabetes. According to a scientific paper published in Diabetes and Metabolism, regular consumption of wheat grass is beneficial in reducing the levels of cholesterol and oxygen free radicals in the blood of type 2 diabetics.

Many people have reported weight loss effect after drinking wheat grass juice regularly. According to scientific research, it is because of the enhancement of the cytochrome oxidase enzyme system which is essential for cell metabolism. Wheat grass also contains another enzyme: superoxide dismutase (SOD), a powerful antioxidant, which protects the cells against toxic free radicals which are thought to be a primary culprit in aging and many other diseases.

Wheat grass is said to have 30 times more vitamin B1 and 11 times the amount of calcium than there is in cow’s milk, 6.5 times as much carotene and nearly 5 times the iron content of spinach, close to seven times the vitamin C in oranges and 80 micrograms of vitamin B12 per 100g.

The following enzymes have been identified in green barley:

The following amino acids have been identified in green barley:

After a long and heavy winter when we were eating greasy and stodgy meals to warm ourselves up, here comes the spring – the time of new beginnings. The spring time relates to liver and gallbladder cleansing, especially if we didn´t avoid alcohol and parties during the winter. Let´s regenerate these organs and prepare them for the more active part of the year. 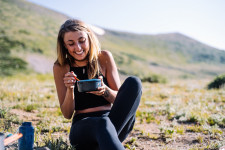 After a year, the summer and holidays are finally back and they bring a lot of joy and pleasant things. In today’s article, we are going to focus on one of the most pleasant ones – travelling. 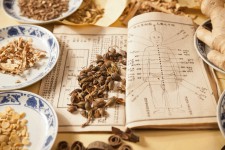 In springtime, when winter is leaving and a the Wood element is reigning over the Nature, whole body reboot is usually taking place. All the energy of Nature is rising up which makes this time ideal for body detox. We have talked about it with Mgr. Eva Osvaldová who has shared her many years' experience in field of traditional Chinese medicine with us. 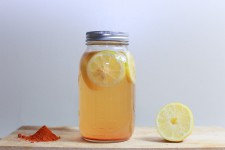