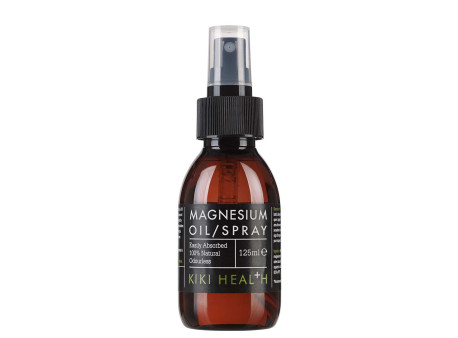 Previous Next
Have a question?

We apologize for the unavailability. Estimated availability is 6.6.2022. We can send you email when we get goods in stock.

„For trips, after workout or even after a hard day at work… Magnesium spray is always a solution I can count on. After spraying, it is absorbed directly into the muscle and relieves tired legs. In combination with a drop of essential oil, it's enough to apply it to the affected part and the pain will disappear almost immediately.“

Magnesium is needed for maintaining optimum health and vitality. Ancient Minerals Magnesium Oil delivers high levels of magnesium chloride directly through the skin into the cellular level. The magnesium in this bottle is derived from a Natural Source, the Ancient European Zechstein seabed, 250.000.000 years old and about 1600 m deep in the Earth's interior. The Brine contains 31% MgCl2.

Research indicates that most people are lacking in magnesium and that many health issues can be related to magnesium deficiency. Magnesium Oil can deliver all of the magnesium you need to restore those levels.

Magnesium chloride from an ancient seabed and water. Energetically preserved between 1600 and 2000 m deep in the Earth. All natural sources.

It is the most pure Magnesium Brine known of today in its untouched energetic state. High Quality Pharmaceutical Grade Magnesium Chloride which is derived with the latest technology from a natural environment.

What makes the Magnesium from Ancient Minerals so different than other brands of Magnesium?

The answer is simple. All other natural  brands of Magnesium Brine are from Ocean Surface Water explored from the current oceans, while Ancient Minerals magnesium is derived from under the Earth, between 1500 and 2000 meters deep from layers of the Ancient Zechstein Seabed

This Ancient Seabed is contained for 250.000.000 years in the Perm layers in the Northern part of the Netherlands in Europe. Very old and not contaminated by modern man or by surface circumstances. Ancient Minerals Magnesium is not only ancient and pure and of the highest quality, but  is most and for all in a very high energetic state due to its ancient pureness and quality.

While all other brands have the need to be filtered thoroughly because of the known contamination of the Oceans, Ancient Minerals Magnesium Brine is of an untouched nature. But despite that we do have each batch of our magnesium analysed through means of (GMP) Good Manufacturers Practise and to the standards of Total Quality Control before it is released to the public. We go for the best and guarantee the high standard of our product.

Since only a limited amount of salts can be dissolved in water, at some instant the salts will start to precipitate. When Sodium chloride (table salt) is at maximum concentration, the density of the brine (=salty water) is about 1200 grams per litre, which is about ten times more concentrated than the average ocean salinity. In such environment, life has become impossible (even for bacteria and algae) and the sea truly is a “dead sea”.

The rocks of the earth have not been immobile during the past hundreds of million years. Due to movements of the weak interior of the Earth (magma and weak rocks), its almost solid skin (of only tens of kilometres thickness) has deformed too. Pangaea has broken up in the respective continents, which have travelled thousands of kilometres and more. Mountains have formed at places where the continents collided, oceans where they parted. Some areas where more stable but still deformed. They were either tilted or uplifted, eroded away by wind and water forces at the surface, or they were buried under large layers of sand, clay or chalk or started “shape shifting”. Salts behave differently from other rocks like granites and sandstones when loaded and deformed. At relatively low temperatures in the upper crust (room temperature to 150 ºC) their long term behaviour is viscous, i.e. like honey or tar. Salts can not withstand non-uniform stresses for a long period of time and start to deform slowly. Although the salts were deposited as horizontal beds of salt, they have started to "bubble", called Halokinesis. Since the average density of salt is less than that of the rocks on top, there is a tendency for the salts to move up and for the rocks on top to sink like a brick in a pool of mud.

At some places the salt has found a crack in the rock on top and has pushed its way up, like an air bubble in ample syrup.

The original salt layers were pushed into this rising bubble (called a Diapir) and sometimes almost vanished.

Salts have moved up a thousand metre in some instances to almost reach the surface. Ground water dissolution usually hinders the Diapir to reach the surface and create a salt hill, though cases are known, for examples in Iran where salt glaciers flow down mountains.

When salt flows, but doesn’t break through the overlaying rocks, it creates salt pillows in which the original stratification is still intact. This is the type of structure we find at this place.

The usual precipitation sequence in a “dead sea”

* Halite (sodium chloride, NaCl). This salt is the goal for most solution- and dry mining salt-companies and forms 80-90% of the salt deposits.

* Sylvite (potassium-chloride, KCl). Usually this salt co-precipitates with halite to form alternating thin layers of  halite and Sylvite (depending on day-night or summer-winter temperature differences). The mixed salt is also called Sylvinite (which is not a mineral strictly spoken, since co precipitation on crystal scale does not occur). This salt, frequently used in fertilizers, is the second important salt-mining mineral. Usually dry (or conventional) mining is applied

* Carnallite (magnesium-potassium chloride, MgKCl3.6H2O). The precipitation of this salt marks the beginning of the end: the final stages of evaporation. This phase starts as the magnesium level has reached values over 100 grams per litre). This salt is the third important salt mining mineral, mostly primarily for its potassium content, with the magnesium chloride as a by-product.

* Bischofite (magnesium-chloride MgCl2.6H2O). Only few locations of - still in place Bischofite - are known to exist. One of them is this Zechstein Sea  mining-concession area and is  the purest. This salt signifies the last evaporation step after all potassium chloride has precipitated (as Carnallite) where still magnesium chloride remains.

Other “evaporates” may be present locally, either directly precipitated or re-crystallised in the million of years after first precipitation. Hundreds of other salts are known to exist, either as primary evaporate or man made industrial salt. The salt Kieserite (MgSO4.H2O) is probably the most important of “other” evaporates. 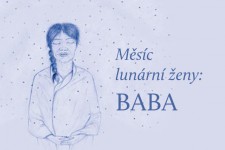 The new moon has already passed and it is waxing into the first quarter now. For women, this time is connected with the menstrual week, which is currently made a taboo of by general awareness. Women don´t talk about the period, they are not looking forward to it and they often postpone it using hormonal preparations. Men expect women to be moody and hard to get along with during this time. How can we make this period pleasant for everyone? 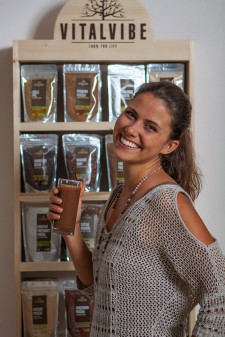