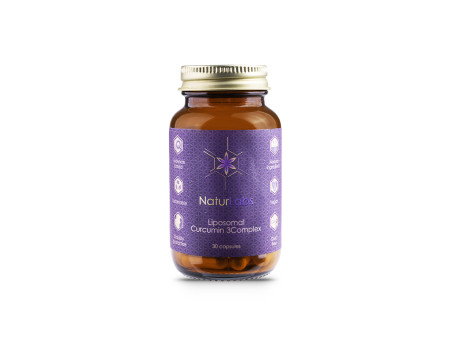 We apologize for the unavailability. Estimated availability is 13.3.2023. We can send you email when we get goods in stock.

Do you want to maintain vitality and good health on the road to longevity? Curcumin will support you perfectly. Not for nothing is this active ingredient extracted from the "golden root" or turmeric considered in the tradition of Asian medicine as a source of health and eternal youth.

The liposomal plant form ensures maximum absorption and utilisation of this active ingredient.

Get to know curcumin

Curcumin is a flavonoid, i.e. a natural dye, obtained from theCurcuma longa plant, native to Asia. After grinding, the root of this plant is used as a traditional yellow spice called 'Indian saffron', which is particularly famous in Indian cuisine as the basis of curry mixtures.

Turmeric contains only 3 % of this active ingredient. To obtain a higher concentration of curcumin, it must be extracted from the rhizome (or rhizome) of the plant.

There are several types of active curcuminoids in the plant. As the name of this product suggests, the functional component of Liposomal Curcumin 3Complex is formed by the synergistic action of the 3 curcuminoids present: 85-90% curcumin, 7-9% demethoxycurcumin and 2-3% bisdemethoxycurcumin.

The story of curcumin

Turmeric, and more specifically curcumin, has been successfully used in folk medicine for over 4000 years. This substance maintains a very important position within Ayurveda and Traditional Chinese Medicine. The distinctive yellow powder, nicknamed the Golden Goddess, has been considered one of nature's greatest gifts with a wide range of effects since time immemorial.

Because of its considerable therapeutic potential, curcumin has been the subject of many studies in Western science as well. It is one of the most researched natural substances with a wide range of great benefits for the human body. It is generally ranked among the phytonutrients with the most promising uses.

What does curcumin contribute positively to?

Curcumin is known for the wide range of benefits that can be derived from it. Recent scientific studies have investigated curcumin for its antioxidant effects. Long-term use of this natural gem promotes health, beauty and the maintenance of vitality.

Traditionally, people who wanted to preserve their long youth took turmeric and believed it would help them do so. Curcumin is good for our skin and also benefits the musculoskeletal system. It is used to maintain normal nervous system function and aids normal digestion.

What does long turmeric contribute to?

Who can appreciate liposomal curcumin?

Why consume curcumin from dietary supplements?

You may ask why take a special dietary supplement when curcumin is present in ordinary spices. Yes, this is true, but as already mentioned, turmeric contains only 3% of this active ingredient.

Moreover, eating turmeric alone does not ensure that enough curcumin is absorbed into the body. The curcuminoids obtained by laboratory extraction from turmeric, when given in a well bioavailable form (especially the liposomal form), increase the effectiveness and overall effect on the body many times over.

Most conventional dietary supplements in powder or tablet form are not sufficiently absorbed by our bodies. While still in transit, supplements are broken down in the digestive tract by digestive enzymes and gastric juices. Thus, only a small percentage of the active substance actually reaches its destination.

Why? The liposomal packaging eliminates this process and protects the active ingredient. Liposomes are molecules whose outer shell is made up of healthy fats (natural phospholipids) that encapsulate the functional ingredients they contain. During absorption from the intestine, this fatty coating provides a protective cover for the active substance. The liposomal pouch is naturally absorbed through the wall of the intestine into the bloodstream and with it the intact curcumin molecule hidden inside, which is then easily absorbed from the blood directly into the cells.

Benefits of the liposomal form of dietary supplements

All active ingredients are transported into the cells via a patented liposomal structure of natural phospholipids, which ensures the highest known bioavailability in the human body.

Unique technology at the molecular level

Liposomal forms of vitamins and minerals have been successfully used in medicine for many years to increase the absorption of active substances into the body.

NaturLabs' liposomal dietary supplements use 100% natural LipoCellTech technology, which ensures their perfect absorption. So you can finally feel the real effect of supplementation.

Specifically, it works by coating the active ingredient molecule with a phospholipid layer during processing. This is very similar to our cells, so it is more easily taken up by the cells and the contents easily penetrate. The phospholipid layer, on the other hand, protects the active substance as it passes through the digestive tract to prevent premature degradation. It also allows the active ingredient to be transported smoothly directly into the cells.

Such a liposomal structure is intrinsic to the body, and once the functional ingredient is delivered to the cell, the phospholipids themselves become nourishment for the cell envelope, where they help to regenerate cells and tissues.

Liposomal dietary supplements come in bulk and liquid forms. What are the advantages of powder-filled capsules over the more common liquid form?

Who should avoid curcumin:

Package contains 30 capsules. The pack lasts for 1 month at a dosage of 1 capsule per day.

Keep out of reach of children. Store in a cool, dark and dry place. Do not exceed the recommended daily dose. It is not a substitute for a varied diet. Not for children.children under 3 years of age, pregnant and breastfeeding women. 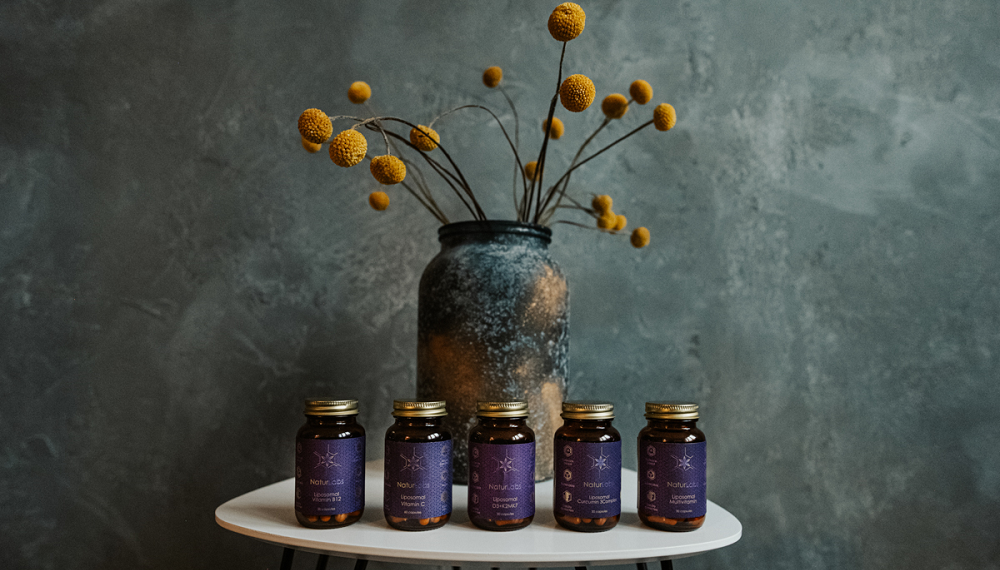 Why did we choose NaturLabs?

NaturLabs is a Czech brand that seeks inspiration in the gifts of nature and the latest expertise in biochemistry. It develops plant-based products that have a positive effect on specific functions of the human body with a focus on product quality and purity without the addition of artificial additives.

By combining a scientific approach and inspiration from nature, it develops premium quality products with high functionality and efficacy. In doing so, it emphasizes the maximum effectiveness of active ingredients backed by current scientific research.

Food supplements are produced with the utmost respect for natural resources. NaturLabs strives to minimize the negative environmental impact caused by its existence.

NaturLabs' goal is to produce food supplements that benefit all living beings for their physical and mental health, enabling them to reach their full potential of being. 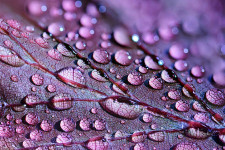 Ask a question All questions (6)