Home / Magazín / Interview: Raw As a Beginning Of a New Way

Interview: Raw As a Beginning Of a New Way

Today I have had a pleasure of talking with Lucie, Honza and Lenka from Vitalvibe. They have been already practising raw veganism for a couple of years. They have told me about their way to raw food and I would like to share their experience with you. 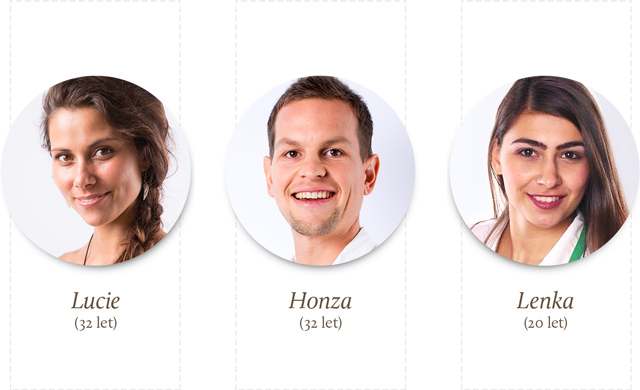 enka is a student of Masaryk University in Brno. She is deeply interested in raw food, workout and design. Lenka, unlike Honza and Lucie, is just at the beginning of her raw food eating. We were curious about how Lenka has started, we asked her what kind of food is good to eat on a raw food diet and why to choose this way.

Honza and Lucie are the owners of Vitalvibe. They have been already practising raw veganism for a few years. They are both interested in healthy lifestyle and yoga. Honza showed us how raw food has changed his body and also how it could help everybody to feel better and get well.
For Lucie, raw food is her way of living and a key to a conscious life. This key has even leaded her to prana “eating”, you can read more about this in our article.

Do you remember your first experience with raw food?

Lucie: My first experience happened during Yoga Teacher Training in Bali where raw food was a part of course. I didn’t know what I should imagine under the term “raw food”. Even though I have read its definitions in a dictionary, I was still not really sure what did it mean. I have been told by then that I should imagine salads. It was a kind of new reality to me.

Honza: My first experience was during holidays in Bali Island seven years ago. I have discovered in Bali that there was something like raw food and I have switched directly from junk food to 100% raw food diet. Of course, it was a big shock to my body during first two or three weeks.

Lenka: For the first time, I have found about raw food three years ago while reading a recipe and an article about this way of eating in the Internet. 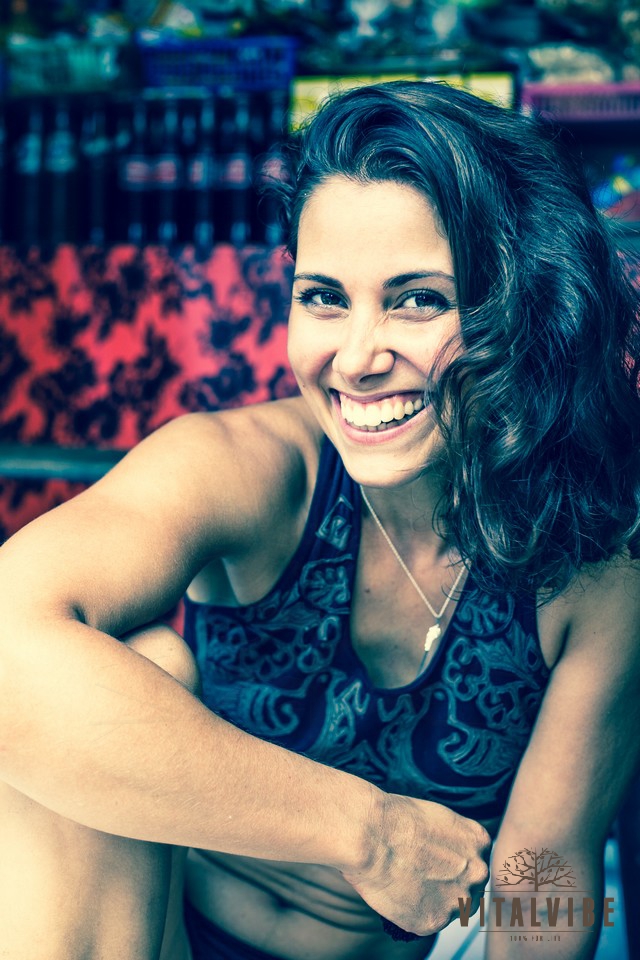 What has convinced you to start with raw food?

Lucie: It was my own experience which convinced me. It was the way I was feeling and states of mind I got into thanks to raw food. It was another key to a conscious life.

Honza: The main impulse was my will to change myself. In my 25 years old, I weighted 93 kilos and I felt very tired and sick. Thanks to the information from Lucie and my surroundings, I have found out many benefits of raw food and it gave me an opportunity to get rid of all toxins in my body. I also lost 23 kilos during the first 2-3 months.

Lenka: I have tried many kinds of diet at first, for example a detoxification on juices. But it was Raw Festival which has convinced me. I saw there how people were happy, how they were full of life and energy, even though they didn’t not have to eat so much. Actually, you have to eat a lot on raw food but it is very natural. And it was exactly the natural aspect which inspired me to try this way of eating. I was finally giving to my body what I felt natural and what my body required.

Do you keep 100% raw food diet or are there any exceptions for you?

Lucie: I have change to prana recently which means I don’t eat and I just drink and absorb energy directly from the source, from smells and colours. This state lasts for about a month and I take it as a way leading to even more natural state of being.

Honza: During the first year, I was very orthodox. But later I realised it was ok to eat something cooked from time to time. So today I am eating what I fell is good for my body. If I should express how much I keep eating raw, I would say it is still 95%.

Lenka: I can’t say I am 100% raw vegan because sometimes I am still eating cream soups. I guess the essential problem comes with nuts. They are often heat treated and some people fall for it. I see the biggest problem in the lack of “raw food label” in our legislation.

Could you tell us how your health and body have changed since you have been on raw food?

Lucie: It was a big detoxification for my body, especially in combination with pranayama. I was already vegetarian before so my physical body didn’t change so much.

Honza: I lost weight, I had a lot of energy and no health problems.

Lenka: I see the biggest change in my taste perception and notably faster digestion. For example, I couldn’t eat pepper or mushrooms before but now I really enjoy them. 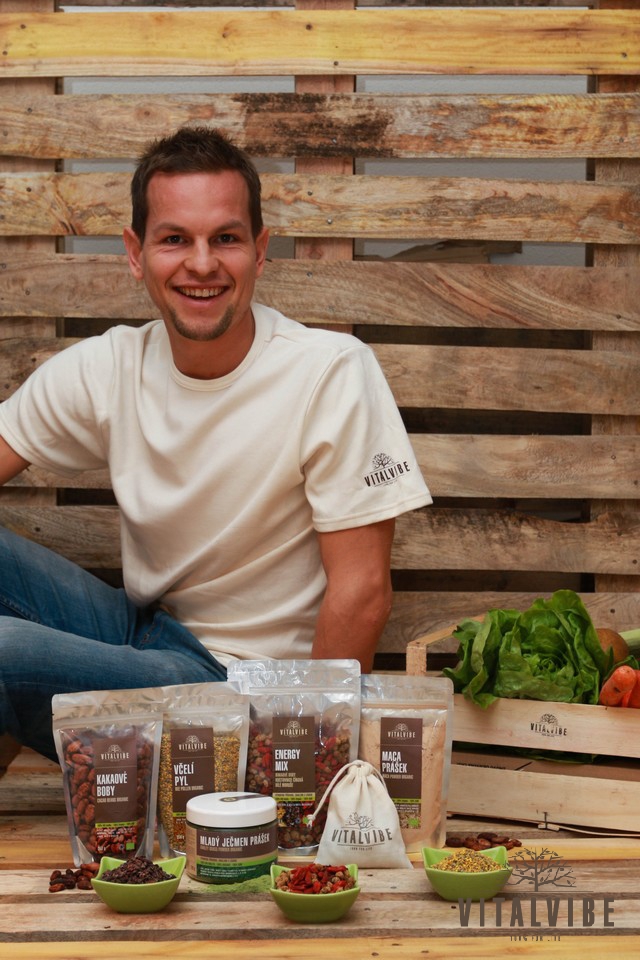 According to you, when is the best time to start with raw food and why?

Lucie: According to a season, it is in spring and in summer when body accepts lighter and energetically colder food. Or you may start when you are feeling well and you want to feel even better or when you are feeling bad but you have a will to change yourself and feel good again. However, if you are going through a big stress, I don’t recommend you to do such a big change. The stress itself is a big change which brings new things and leaves the old ones at the same time.

Honza: Anytime you feel it like your life way, you aren’t satisfied by your diet, your medication doesn’t work or you feel like you need a restart. It is important to realize that food could heal us but you have to be strong and don’t start to eat like before. This kind of restart will take a couple of weeks at least, preferably a couple of months. I would definitely recommend raw food to everybody as a way of detoxification.

Lenka: Anytime and gradually. The best season is definitely in spring, because it is warm and everything is waking up in nature

Do you have any favourite food or recipes?

Lucie: I like the most to make me a big salad with some delicious dressing, I also love raw sushi. I would say I love all food in general, its smells and colours. Recently I separate food into substance, taste and smell which gives me energy. I don’t need substance anymore but I definitely don’t say I won’t eat anymore in my life. The taste has an impact of pleasant energetic waves on me. As soon as you start perceiving this, you don’t need such an extreme as an industrial food.

Honza: I have a lot of them. Now I usually make me a green shake of green super food mix, MSM powder, homemade apples, bananas, protein powder, baobabs and probiotics. In Bali I eat mainly fresh food, young coconut, papaya and things like that.

Lenka: My favourite food are nuts, bananas, mushrooms and sprouts.

In your opinion, is it better to change your diet gradually or go directly on raw?

Lucie: It depends on a person, his background and his own inner security. If you have this, I would recommend you a radical change, because always when I go a lot further and then I move back, my experience is bigger. If I would express it in steps, I might say that when I make five steps forwards thanks to a radical change, I make just three steps back and so I have two imaginary steps behind me. If I decide for a gradual change, I might get five steps forward but I always make four steps back later and I am on the first step again.

Honza: A radical change was better for me, but it doesn’t work for everyone. I think I wouldn’t have got into it so much and I wouldn’t have enjoyed the energy so fast. Transition to raw food requires its time. There are many different ways and each of us has to try which is the right one for him.

Lenka: It depends on your physical activity and on your life and work environment. People working in office could hold on juices all day long, while people with a big energy output should consult specialists about their energy sources. 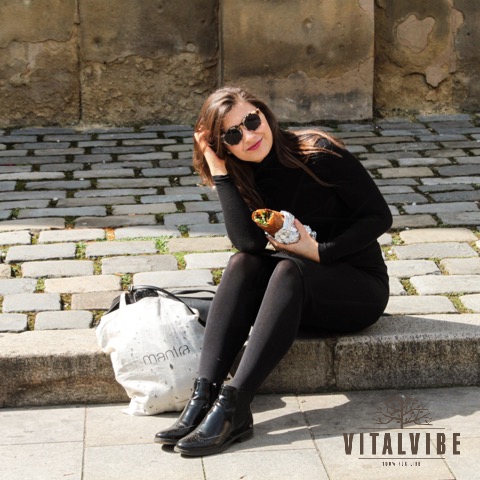 Where do you look for a cooking inspiration?

Lucie: I have passed a lot of courses and I also worked as “rawchef cook”, so I have read many raw food cooking books. I also had the opportunity to work with amazing people from whole world who really inspired me and shared with me their experience and many new information. And once all of this is a part of you, you just play with it.

Honza: At the beginning it was especially videos on the Internet and people around me, now I am listening to my body.

Lenka: Recently I am looking for an inspiration mainly in facebook groups because I am not often interested in the combination of ingredients or there are some ingredients missing in recipes.

Do you think that raw food is good for anybody?

Lucie: I would say if somebody feels it like his way than yes, I think so. There are many ways and that’s up to everybody to choose the right one for him.

Honza: For a short term, definitely. For a long term, it depends on a life style, environment and a body consistence of an individual. It is an ideal way of detoxification.

Lenka: Yes, it is good even for people who are eating unhealthy food at the moment. It is never late to start with this change. It is a way everybody can connect to. This style is for everyone who wants to eat everything he desires and doesn’t limit himself.

Tomáš Vonášek: “It is hard to be on Raw Foods without eating Bio”

Tomáš is owner and chef of Rawcha restaurant in Prague where his raw food culinary artworks are served. During the last three years he...