Home / Magazín / When a skin obsession becomes a disorder

When a skin obsession becomes a disorder

Do you ever scratch your pimples or tear the cuticle off? There is a fine line between a simple bad habit and excoriation disorder, sometimes also called dermatillomania. This mental disorder may be easily developed if you feel the constant need to pop pimples or to harm you skin any other way and to remove instantly any defect you´ve found. We interviewed 26-year old Lucie, who has been experiencing this disorder for more than 10 years. 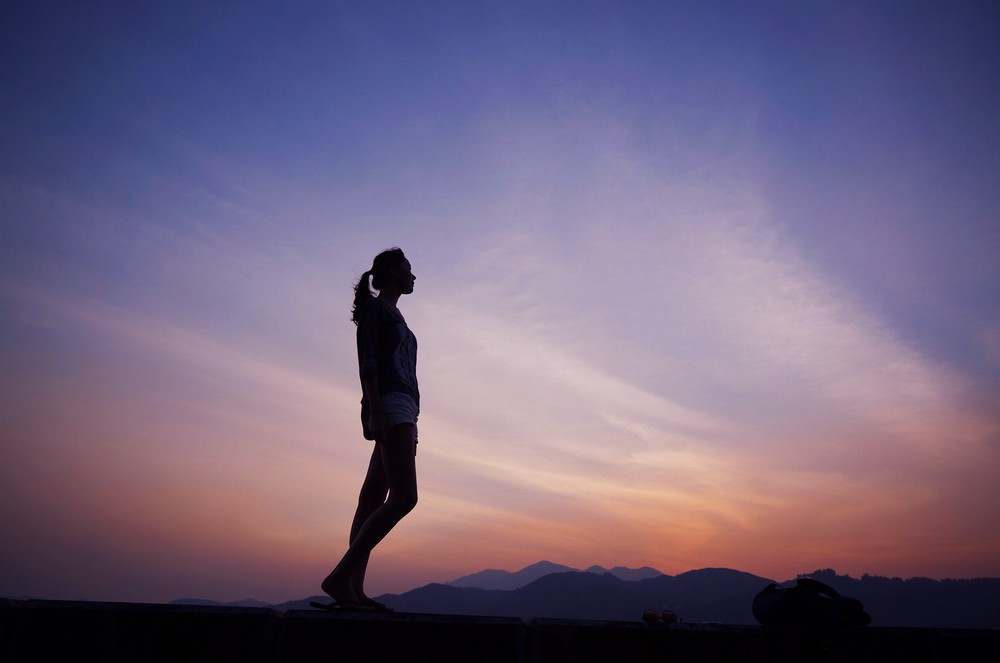 Hi Lucie, could you tell us something about yourself?

Hi, I´m 26 years old, I have a degree in teaching English and piano courses, but now I work in marketing. For about a year, I lived partly in Czech Republic partly in Italy. I also worked in education for some time. It was exactly when I admitted I had problems with excoriation disorder – if you work as a teacher, if you need to be respected and your ambition is to bring up younger generation, but you face looks like going through some nasty teenage phase, it´s time to admit that something´s not quite right.

Can you explain what excoriation disorder is?

Simply said, it is a skin obsession – a person with this disorder spends several hours a day thinking about skin, popping and scratching it. The result is not only unhealthy skin, which is mechanically damaged by constant picking and by peeling off the scabs, but also serious mental issues including social isolation.

In your case, what was the main trigger of excoriation disorder?

I assume there were some childhood incidents that triggered this disorder; this happens with most of the patients. It is not primarily about the incidents as such, rather about the zero chance to react to them. It´s very difficult to detect the causes of this disorder because it usually manifests itself some years later – in puberty.

Where were you searching for information about this disorder?

After finding out that it was for the first time from me when the doctors I knew heard about this disorder, I had to search the Internet. A couple of years ago, there wasn´t much information at Czech webpages though – my only source of information were fragments of experience at foreign webpages.

What do you consider the most common cause of dermatillomania?

As I´ve mentioned – to reveal the main trigger of the disorder, it is necessary to dive into your childhood memories. There are experiences we hadn´t chance to react on – these repressed emotions can later become a cause of excoriation disorder. Generally speaking, these are strong emotions which we couldn´t let out during the childhood or puberty and which later have an impact on obsessive behaviour and possibly also excoriation disorder.

Is there any defence against this disorder?

For sure. As prevention, we need to learn to express our emotions, that originate in stressful situations and that we tend to supress, as soon as possible. If you already suffer from dermatillomania, the defence is paradoxically prevention as well – learn to identify and manage stress before expressing it by harming your skin. It´s a step-by-step process you need to make automatic, but it works and anyone can learn it.

What do you consider the worst aspect of excoriation disorder?

I think it´s the insidiousness of it – what I mean is that there are unexpected and often multiple relapses when we think we´ve already won the battle. There is also minimal awareness of the existence of the disorder – the patients often go around in circles and don´t know there is a name and a solution to their problem. 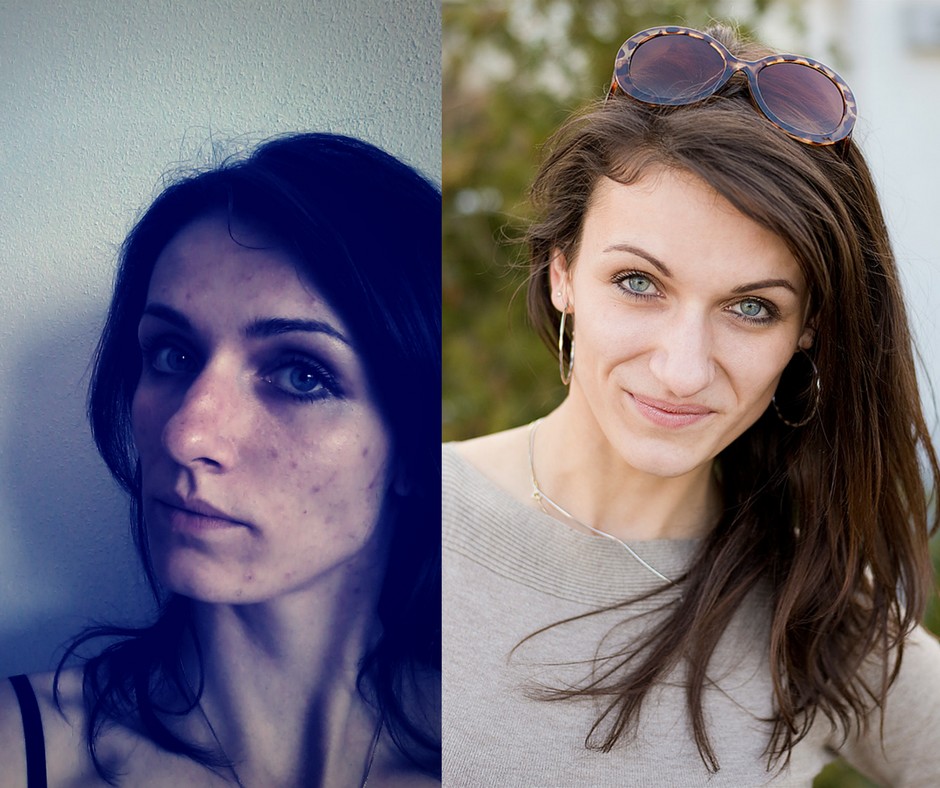 In your case, did dermatillomania bring about social distance or depression?

Both and for several years. You start to be late all the time because you waste 10 minutes examining yourself in the mirror, trying to pop “something” and then covering it obstinately with makeup. Even though you know you´re late from the very beginning. You avoid swimming pools not to feel ashamed for your scratched and scarred skin. In the next phase, you cancel meetings and fun with friends in the last minute and you make excuses you feel sick. The truth is though that you´ve scratched your skin till it bled and you somehow feel not even makeup would help. And depression goes hand in hand with this.

Is there any institution or professional help that deal with this problem in Czech Republic?

I wish I´d be wrong and had an outdated information, but I haven´t found anything like that yet. If your conduct really borders on insanity you´ll be hospitalized at psychiatry. They will calm you down there, you´ll leave with some calming medication but as soon as you stop taking it, the problems will come back. I don´t consider this type of therapy a solution.

I know from hearsay that there are also psychiatrists that have already heard about excoriation disorder and want to help, but I haven´t met anyone like that personally. It troubles not only me but tens of girls and women, that won´t stop asking for a specialist and I can´t recommend them anyone. I hope it will change soon.

If we stop peeling off the scabs and other stuff that leads to scars, what is the most important thing for the skin to heal?

First of all, it is important to hydrate the skin a lot. It is a paradox that most of us do just the opposite – once we discover a pimple or a clogged pore, we tend to pop it and then to wash it with some soap or to dry it with some lotion. But the skin would need to be hydrated in that moment! You should also patiently apply some oil on scars and scabs so they heal as well as possible. Provide your skin with as much care as you provided it with negative attention. Regarding pigmented patches that may stay on the skin as a result of longer-lasting inflammations, an ordinary lemon proved to be very useful in eliminating them.

If someone needs to get rid of scars, what products would you recommend?

It is probably not possible to clear some old scars away totally, but those more recent can be healed by products with aloe vera and some oils depending on your own choice. I make most of these products at home, but I´m sure that if you buy some natural cosmetics it will work the same. 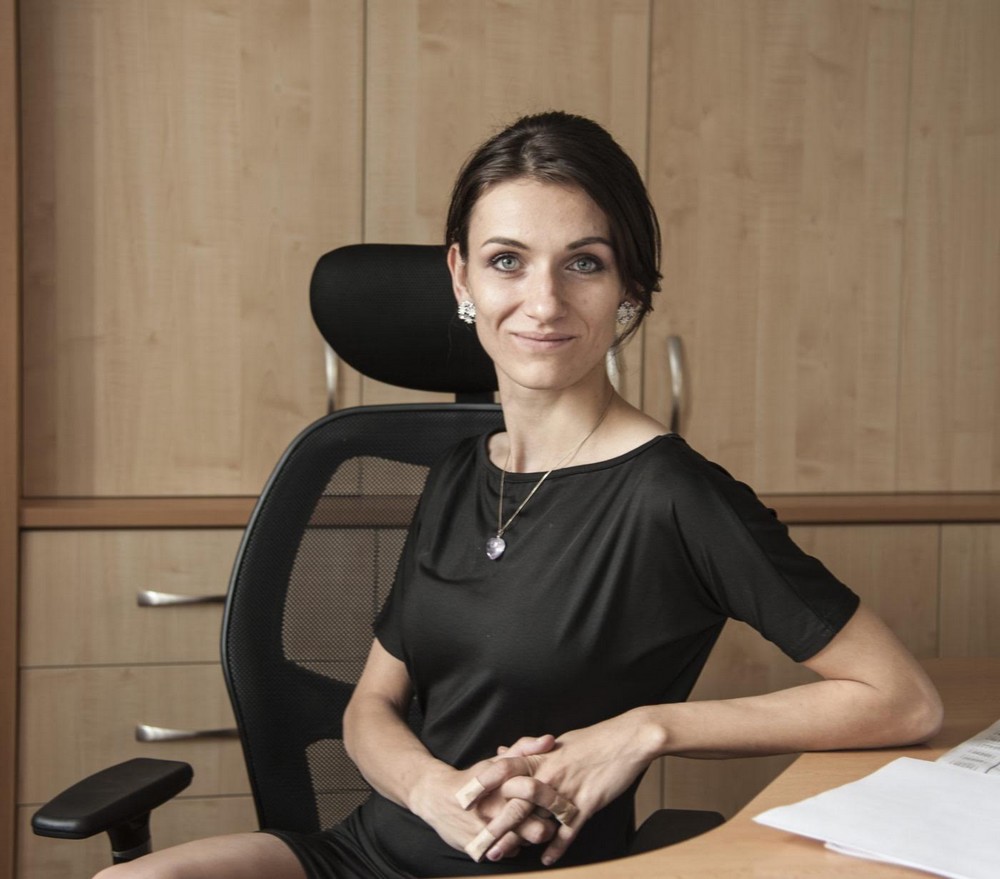 Do you offer individual sessions?

Yes, I do, but for now I offer it just to a closed group of clients. If they purchase a manual for dermatillo(wo)men called Ruce pryč (Keep Hands Away), they get it as a free bonus.

Apart from your blog, where can we search for information about this disorder?

To be honest, I would like to know myself. And from my clients´ and readers´ reactions I assume that they haven´t found any relevant Czech webpages about dermatillomania either.

What message would you send to you readers?

If you know people that tell you they suffer from acne, but their skin is mechanically damaged (freshly popped pimples/ peeled off scabs) inform them please about the existence of dermatillomania. It can´t harm you and it may mean an incredible relief for them. Thank you for the interview. Let´s try to be happy in our own skin.

Petra Kratochvílová on how to detox the skin

In our teens, everyone was telling us that it would calm soon that we shouldn´t touch our face or it would get worse. Yes, we are talking...

Our skin, as well as our organism, needs to wake up and recover after a long winter. We will show you how to take care of your skin...