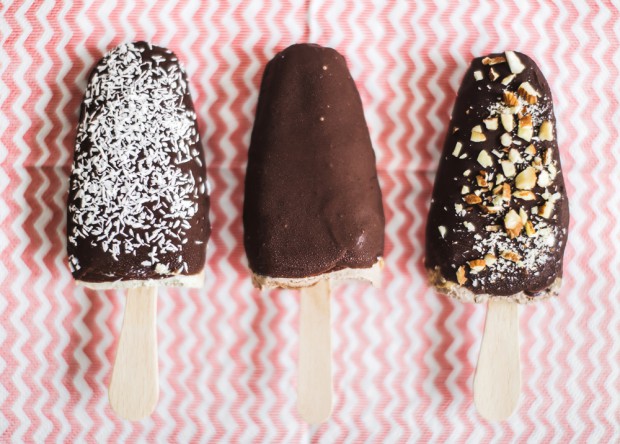 Mix the ingredients into cream until the mixture gains creamy consistence. If the cream is too thick, pour a bit of coconut milk. Pour it into a form, add a stick and let it freeze for at least 3 hours. If you like chocolate popsicles, there is nothing better than to add a bit of cocoa powder and maca.

Mix melted coconut oil with dates, nectar, vanilla and salt. The result should be of a similar consistence as the caramel.

You can make the chocolate topping from melted coconut oil, cocoa butter, nectar and raw cocoa.

Finally, soak the frozen popsicles in chocolate, which becomes thick almost immediately. Then there is space for the caramel layer. Add one tablespoon of caramel on each side of the popsicle and put it back into a freezer for at least 10 minutes. As a final touch, soak it in chocolate topping once more, sprinkle it with chopped almonds or coconut and let it freeze until the chocolate becomes thick. And the magnum is ready! 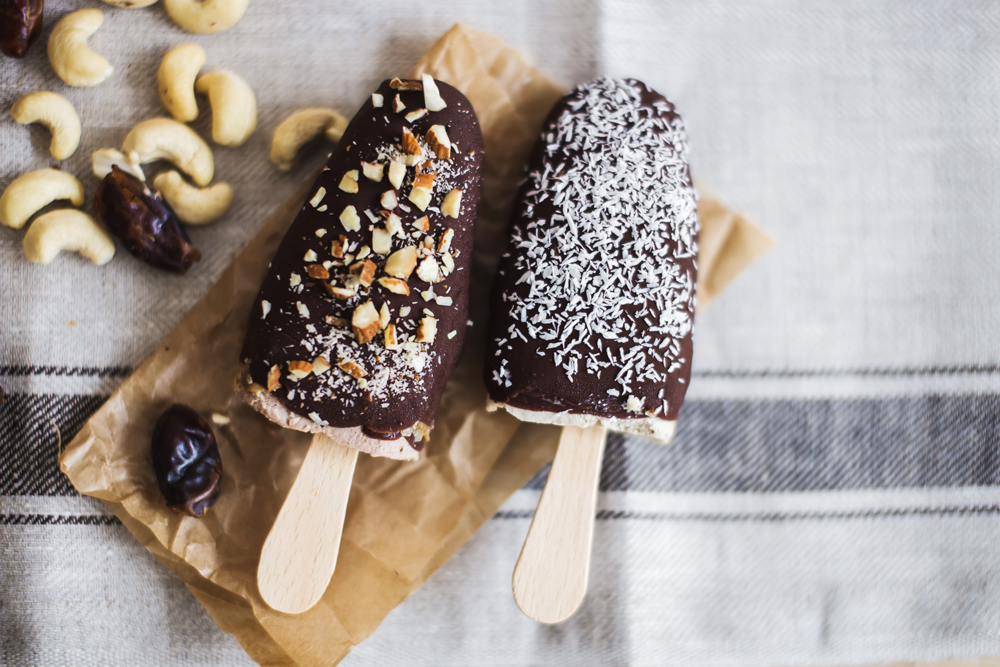 The secret to achieve this emerald green color is simple - Spirulina. Not only is spirulina green, it also contains protein, lots of...