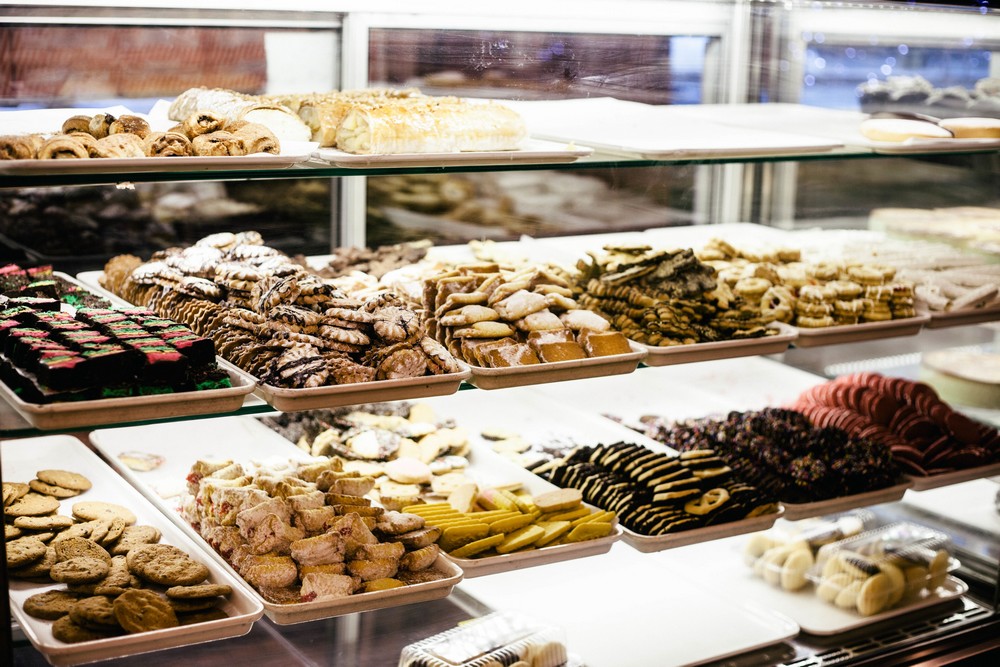 Nowadays, it is relatively easy to fail to resist the sugar explosion. Sweets are just everywhere where your eyes can see and where they aren’t physically, they appear in a form of ads for various sweets. And this is the reason why it is not easy at all to regulate your children’s sweets intake. Especially during the pre-Christmas time. At least I have a problem with that. How many sweets are ok to allow to my children? What kinds of sweets are suitable? How to protect them against too sugary sweets?

These days we can eat as well as no other generation before us. It is just a question of priorities. The war generation was starving but on the other hand, the food they ate was real food, eventually substitutes, which were basically of a better quality than a lot of nowadays food. It was until the communism, which brought factory farming with unnatural food, antibiotics and growth hormones for animals and chemical fertilizers for plants.

The after-revolution period is full of paradoxes – we can choose food of a really good quality and their choice is huge, at the same time though, it is very easy to be seduced by industrially processed instant food of poor quality, which only works as a burden for our body. Balanced food for our children is far more important than in case of adults because children need the building material for realisation of the building plan incorporated in their DNA.

Sugar is very well digestible food with a high content of energy and absence of other nutrients. Only a hundred years ago, the annual consumption of sugar was lower than 2,5 kg per person in a year, whereas in the nowadays USA, the average consumption is 70 kg per person in a year! However, it is proved that sugar contributes to the obesity growth, it accelerates the aging process because it harms the tissues with free radicals, it causes over-acidification of the organism and so it forms suitable environment for undesirable viruses and bacteria, it disrupts the tooth enamel which leads to tooth cavities.

Be honest – who doesn´t sin sometimes? What it was like at our home. 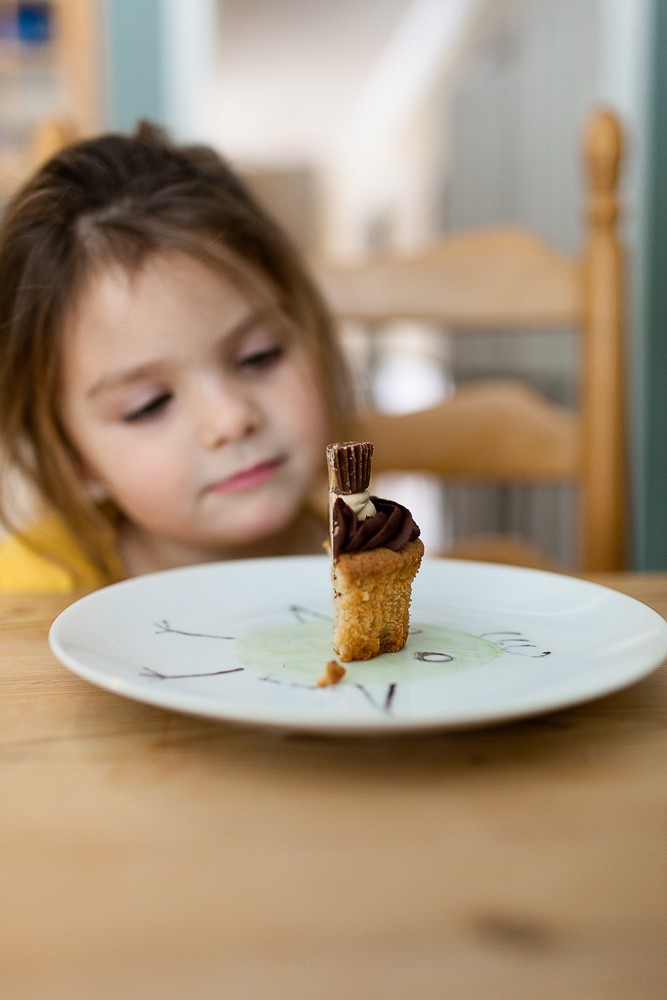 Not only children enjoy sweets. We, adults, are often not the best role model for them. I used to have a time, when I used to eat sweets secretly, so that my older daughter Eliška couldn’t see me. Then I asked myself a question – what if she has the same craving for sweets as I do? And what if she needs an acceptable amount of sweets for her growth?

I remember how much I loved sweets as a child. But my mum was quite literate what the sugar harmfulness concerns. But she brought it to the extreme – there were no sweets in our house. None. I still remember one time when I caramelized sugar in a casserole on a stove in our cabin so that I could have something sweet. And when I got some money, I spent it for sweets. I think this is a contrast to lots of families that give a child any sweets whenever he or she asks for them.

At our home, we have decided with my husband to go the golden middle way – to give our children sweets in an acceptable amount, to decide what kind of sweets the child can eat, how much and how often. Our three-year-old daughter Eliška attends an outdoor preschool. After having raw cocktail for breakfast, we have chosen a sweet snack so that she had some energy. Having tried several snacks, we have ended up with a cake or a croissant with butter and honey. Dietologists might not be happy about this, but Eliška finishes her snack, satisfies her craving for sweets and there are far worse sweets.

When we pick her up in the afternoon, she has the second craving and so she gets dried dates, mulberries, goji or cashews, sometimes a biscuit, polystyrene bread with chocolate or a piece of dark chocolate. Originally, I wanted to forbid her these treats but then I realized that when I am outdoors, I also feel a greater craving for sweets. Especially in the winter. So I have a feeling that we have reached a reasonable compromise with these sweet snacks – we adults determine the choice of sweets the child should eat, their amount, quality and sugar content. At the same time, we acknowledge the children’s need of sweets and simultaneously, we teach them to eat sweets with a relatively low content of sugar.

There is also another advantage, because children don’t scream in front of a rack with sweets in shops, because they don’t fancy gummy bears, candies, milk chocolate etc. Moreover, they don’t even know wrappings of these unhealthy treats. I know I can’t protect them against it forever. I wouldn’t even like them to end up like me. But so far they are at this age when they are satisfied with what we give them. And they don’t know sweeter things. It is true that our younger Stela got to know sweet things much earlier than her older sister. But this is reality. Still, I can influence the content of their snacks – we prepare chia seeds sweetened with agave syrup, cooked millet porridge with honey and cinnamon or a lightly sweetened tapioca pudding.

Addiction to food is similar to addicton to heroin

Addiction can be developed to anything including food. Yet it is proved that addiction to sugar is similar to addiction to heroin: both activate the chemical substance dopamine in our brain and it encourages us to satisfy the craving. Addiction to sugar means that we cannot go by without it. Whereas in past, sweets were given as a reward, nowadays children require it after each meal and in case they don’t get their portion of sugar, they are angry and aggressive. 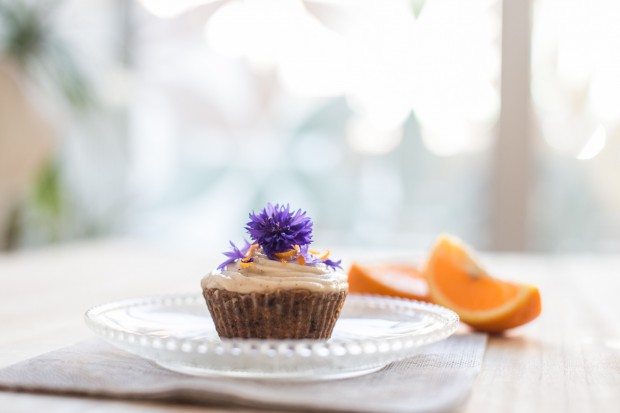 Yet the big amount of sugar is harmful for our pancreas, which causes type 2 diabetes. Modern medicine compensates this disease with medicaments, which is psychologically relieving for us as we feel controlled but in fact, we’re slowly dying. However, changing your diet, you can get rid of this diabetes and don’t have to fight related symptoms such as neuropathy and following limbs amputation (nowadays, it is the primary reason for amputations).

We are masters of sugar, sugar isn´t our master!

We can observe what effect sweets have on children – if they are in an amok after having sweets and behave aggressively, wildly and they can be hardly controlled, or if they are calm and easily controlled. Every child has a different limit for sugar tolerance and it is advisable not to trespass this limit. It is also good to consider what kind of movement a child has and if and how often he or she spends time outdoors. We burn calories faster outdoors and we naturally have a stronger temptation for sweets.

But what should be really monitored are sweets at mealtimes or even instead of mealtimes! Try to eat breakfast, lunch and dinner together with children (even if their diet habits are rather disappointing) and be a positive model for your children to teach them what to eat when. Because they are a sort of little monkeys that repeat everything they can see. Or we can say they are like mushrooms that soak everything what happens around them and what we tell them. This works also for sweets – a lot can be explained; we can talk about things and form children’s opinion on sweets.

And one more example – Eliška used to long for ham. She wanted it for every dinner. With butter and baguette. I resisted for a while, then I gave it up and we prepared this dinner for her twice a week. After a half of year, her need of this craving was fulfilled and today she sometimes remembers she could have ham for dinner but she doesn’t definitely require it every day. And this is also the way for sweets! 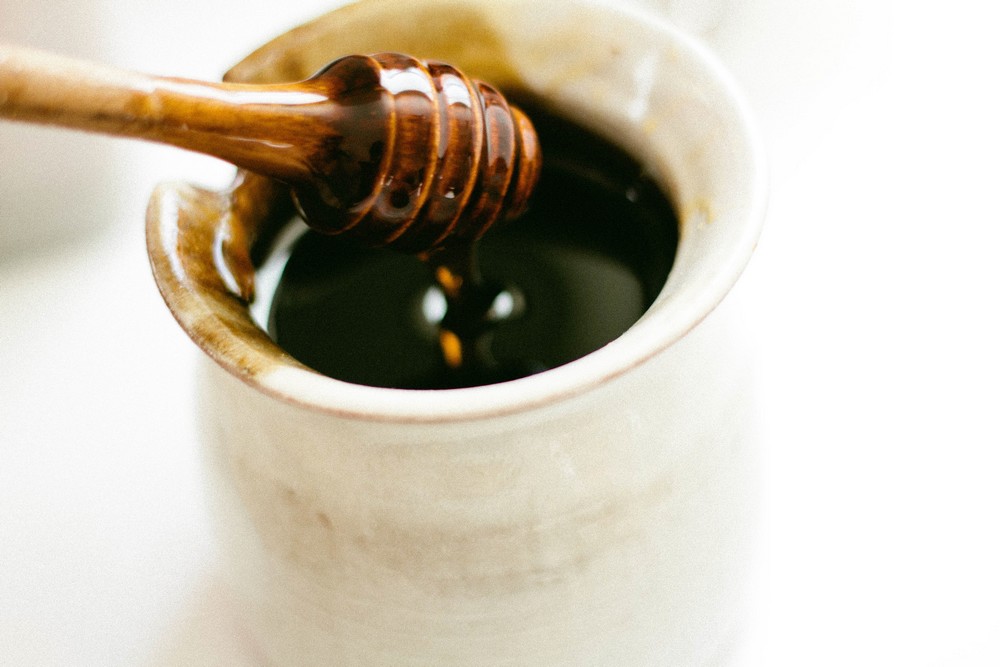 The beginning of the winter naturally brings a craving for fatter food – whether sweet or salty – meals. This need is natural and it is also rooted in traditions – Christmas sweets have their ancient origin in a pagan tradition of solstice celebration, when it had a protective and ceremonial function. Gradually, the sweets were becoming rather a ceremonial thing, a period of abundance and celebrations.

The preparation of Christmas sweets brings the whole family together in the cosiness and quiet of home, it induces pleasant atmosphere thanks to aromatic spices and adds a touch of approaching Christmas. You don’t know that? It’s not possible with joy and without stress? I recommend trying two very easy recipes for fast, healthy and not baked Christmas sweets. We have begun with a paradox and so we are finishing with a paradox – there are recipes without sugar! 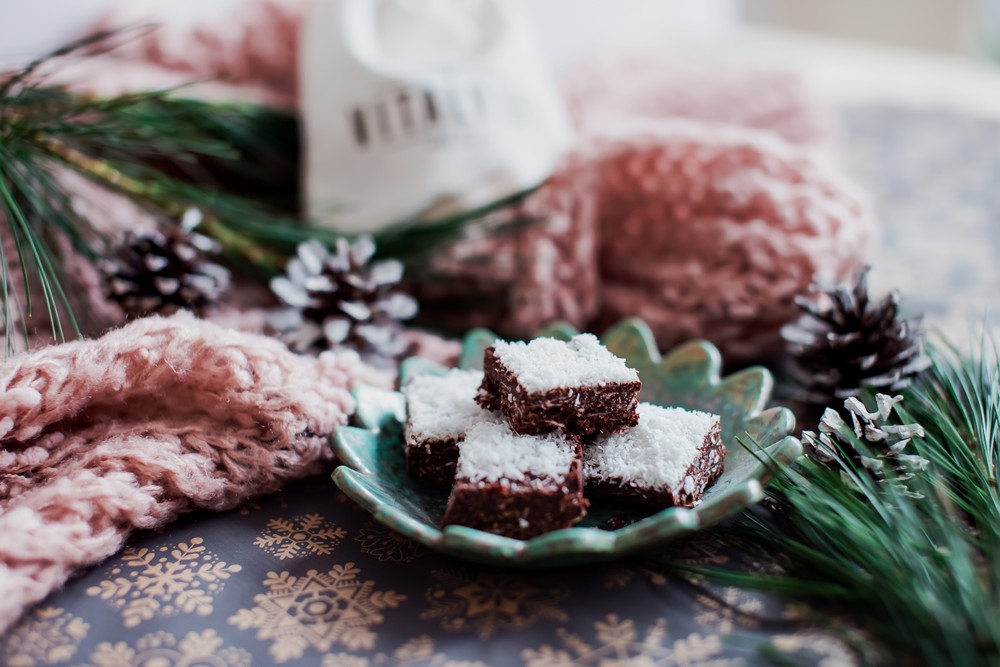 Instructions:
Firstly, let cocoa butter melt in a water bath. Then mix it with all the other ingredients and blend it well. Spread the dough into a smaller pan with baking paper and decorate it with grated coconut. Put it into a fridge to cool for at least 20 minutes. Serve it cut into cubes. 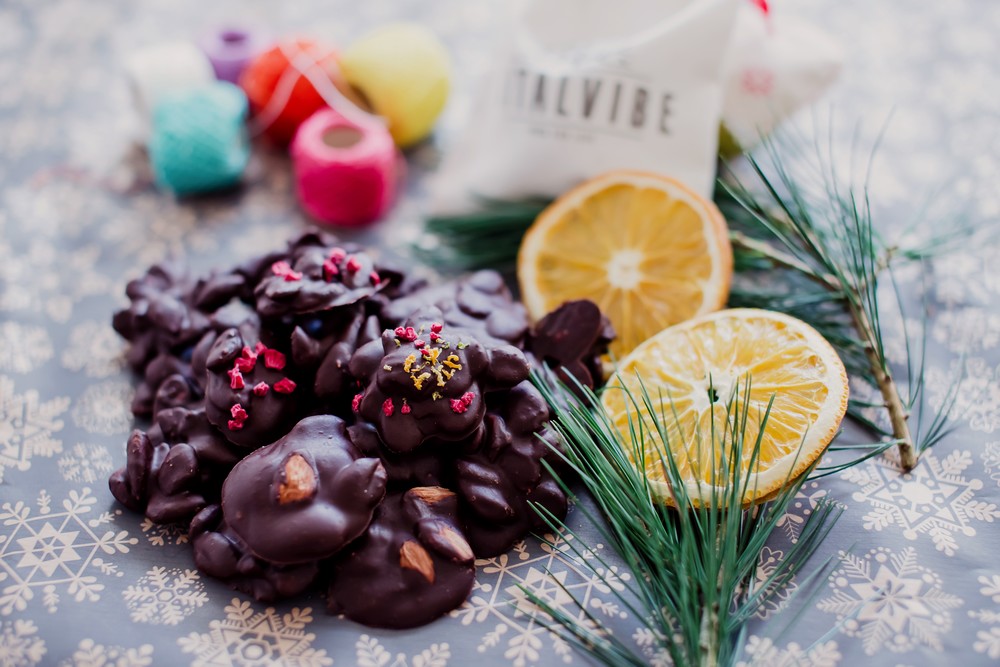 Instructions:
Melt chocolate with a teaspoon of coconut oil in a water bath. Pour apricot or almond kernels into the melted chocolate and shape lumps with a spoon and put them on a cooled pan covered with a food foil. Sprinkle the lumps with sea salt, dried raspberries or fruit crumb.

Detox Before Getting Pregnant

When my husband and I decided that this is the right time to have a baby, we asked a fundamental question – are we both healthy enough to...

New Series begins in October – not only For Mothers

I wish a nice day to all sympathizers, supporters, pioneers, followers and enthusiasts of raw food! I´m really glad I can approach you...