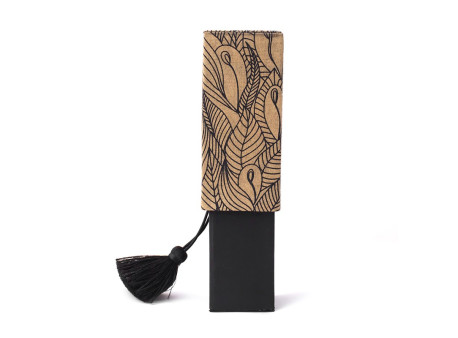 This product is temporarily unavailable
Sorry for the unavailability at the moment. This product is out of stock at our supplier. If you leave us your email here, we'll let you know as soon as it's back in stock.

Secret Ceres is a traditional preparation used by women for centuries in Asia. It is a unique remedy for cleansing the vagina (contributing to the maintenance of good vaginal microflora) and also cleansing on an energetic level.

Secret Ceres contains 100% natural ingredients. The plants processed in this product, which resembles a stalactite in shape, have grown in a fertile, rich, unpolluted environment. The handcrafted nature of each piece of Secret Ceres ensures its highest purity, quality, bioenergetic value and potency. This is why Secret Ceres is only produced in limited quantities.

How does Secret Ceres help?

Secret Ceres is the ideal product:

Warning: in case of more serious problems or recurring health problems, after endometriosis, during pregnancy, breastfeeding and in the period of under-age, consult a doctor before use.

Purification on an energetic level

Cleansing the vaginal mucosa helps to release emotional blocks on an energetic level that are associated with the pelvic area - the second chakra.

The second chakra is the center of sexual energy, creativity and femininity.

A woman can thus:

Through awareness of emotional blocks, one can start down the path to properly process, release, reconcile, and bring closure to the whole painful issue.

Subsequently, the physical body can heal as well.

The traditions behind Secret Ceres

Asian culture, based on Ayurvedic philosophy, knowledge of life, assumes that the world is made up of 5 elements: heaven (Visuddha), air (Anahata), fire (Manipura), water (Swadisthan) and earth (Muladhara). Together with their respective bioenergies (doshas), these five elements control the physiological and spiritual-emotional processes in our bodiesle: Váta (air and sky). Pitta (fire and water) and Kapha (earth and water). As long as these energies are in perfect balance, a human being is considered healthy.

In accordance with this wisdom, carefully selected ingredients have been blended and processed in the traditional method to form Secret Ceres. During this process, bio-energies are incorporated into each stone. By inserting them into the vagina - the centre of the female body - the energies of the five elements can be optimally absorbed by our organism and developed within the whole body.

In the spirit of sacred tradition, each stick is handcrafted.

Alunite
Alunite was used in ancient Chinese and Egyptian culture to cure crystals and to reduce body odor. It has been associated with the heart chakra, although it is more commonly associated with the sacral and root chakras. The metaphysical properties of alunite can help balance yin and yang, physical and emotional energies, by bringing unbalanced and dysfunctional energies into harmony.

Alunite was formed millions of years ago and is found in shallow parts of the ocean. It is also called "star crystal". Because of its bright and shimmering reflection underwater, it can be found under a full moon and then separated from the outer layers of calcareous rock that surround it.

Ocimum Sanctum, or Sacred Basil, is grown in tropical regions throughout Southeast Asia and has been used for thousands of years in Ayurveda for its diverse medicinal properties.

Even Western medicine describes its very good properties on the human body, which are now well documented by professional studies.

Traditionally, this herb is one of the essential ingredients in herbal skin care products. It contributes to the good condition of the skin, making the skin clear and clean.

When applied vaginally, it maintains the good condition of the mucous membrane and vaginal microflora.

The earliest references to the pomegranate(Punica granatum) or Tulsi date back to the 4th millennium BC in Mesopotamia, where a ceremonial vase with this motif was found in a temple dedicated to Astarte, the ancestor of the Essenes, Aphrodite and Venus. The pomegranate was considered the fruit of love, passion, fertility, but also a powerful aphrodisiac.

Pomegranates have been growing for several hundred years and their roots reach into the deepest parts of the soil, from where they draw minerals and trace elements.

The oil from the seeds contains phytoestrogens in high concentrations.

When applied vaginally, it helps to maintain the mucous membrane in good condition - also in women with impaired vaginal microflora.oflêlêra and in the menopausal period.

Kaolin is a clay crystalline mineral formed over many millions of years by hydrothermal decomposition and transformation of silicate rock. In its purest form, it is snow white, free of scent and almost tasteless. Kaolin is named after the mountain in China (Kao-Ling) where it was mined many years before its discovery in Europe. In Asia, it has been used for over 2500 years to make porcelain, but like the liquor on the cross.

Because of its properties, kaolin is often used as an ingredient in natural cosmetics. This mineral keeps the skin clean and smooth.

In the Secret Ceres formulation, it serves as a carrier and ensures an even release of the active ingredients.

Eurycoma longifolia (Tongkat Ali) is a small coniferous tree that grows on the hilly slopes of the rainforests of Southeast Asia, including Malaysia and Indochina. It has been used there for centuries as an infusion herb for its flowers.

It contains natural steroidal (hormone) compounds which help to maintain the wellbeing of an organism exhausted by fatigue or vomiting. It contributes to the maintenance of a healthy sexual life.

ScaphiumÂ is a native of Indochina. Its seeds (malva nut) are used in traditional Chinese medicine.

Wormwood(Artemesia annua) is native to the temperate region of Asia, blooms bright yellow and smells sweetly of camphor.

Turmeric (Curcuma xantorrhiza) is a species of plant belonging to the ginger family that grows in the tropical climate of Malaysia.

It is a well-known foliage plant with a wide range of uses.

It contributes very well to the maintenance of a good condition of the vaginal mucosa, especially in women with impaired vaginal microflora and during the menopause.Â

Piper betle (Piper betle folium) is considered to be a cruciferous herbaceous plant. It was formerly used in the reservoir on the island of Jiva. This plant is said to bring harmony.

How does Secret Ceres work?

By wetting the rod and inserting it into the vagina, the Secret Ceres ingredients are gradually dissolved, leaving a film on the mucous membrane. This layer detaches from the mucosa over the course of the next few days in the form of a white tissue that freely leaves the body along with the natural secretions.

During the course of treatment, the plant constituents are released

After a few minutes you may notice a tightening sensation. Over a period of 24-48 h, the mucosal layer will slough off, although it may leave in smaller or larger white pieces or as one large globule. When douching, rinse the vagina with water and check with a circular movement of your fingers inside the vagina to make sure that there is no residue of old mucous membrane left in the vagina. Do not use any detergents that would again disturb the pH of the vagina and could react allergically with Secret Ceres.

If you experience sensations of burning that indicate a healing process is occurring, apply Secret Ceres for a period of time that is tolerable. Organic coconut oil can be used to reduce the signs of burning. After several applications, these symptoms will no longer appear. If the sensations of strong burning still persist after the third application, stop using Secret Ceres for a month and start again with a minimum application time, e.g. 10 seconds.

Secret Ceres is recommended to be used 1-2 times a week depending on the length of the cleansing process. Re-apply each time after the previous mask has been peeled off. With this regular use, the stick will last approximately 6-12 months. In the case of long-term use, it can be used 1 time per month.

Do not apply during menstruation and in the womb.

The summer is especially a synonym of warmth, peace and adventure. However, the summer is also inseparably associated with nuisances aimed at spoiling our summer joys. How to deal with biting insect, travel sickness, or sunburns in a natural way? Our article will show you. Get Rid of Hormonal Imbalance with Yoga

Increased production of sweat, faintness, emotional instability or hot flushes can possibly indicate a hormonal imbalance. Its signs are also irregular menstruation, menopause or even some more serious health issues. Recently, many doctors are of opinion that stress is the main trigger of hormonal imbalance. 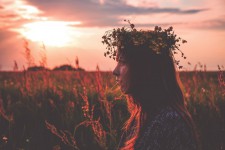 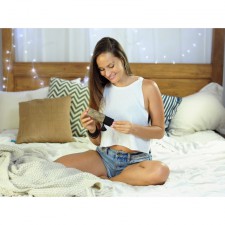 Ask a question All questions (122)