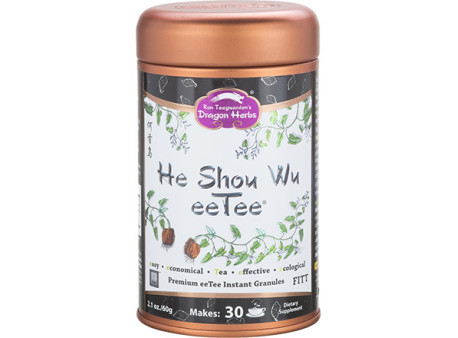 We are sorry, but this product is no longer in our offer.

„He Shou Wu tea supports the feminine energy of Jing. That's why I traditionally prepare it for my friends when they come to visit.“

We apologize for the unavailability
We are sorry that this product is not available. In the current covid situation we are unable to get it to the Czech Republic due to flight restrictions. We are working on it as best we can. We are looking for other shipping methods or alternative goods that we could offer you as a substitute. We ask for your patience.

He Shou Wu (i.e. Many-flowered rush) is one of the most popular and respected tonic herbs in Asian herbalism. He Shou Wu is the modified root of Polygonum multiflorum, a plant that grows in the mountains of central and southern China. Together with Goji berries, it shares a leading position among Jing energy essences. He Shou Wu is used extensively in Chinese tonic herbalism to promote healthy aging. It is seen as a remedy that tonifies kidney and liver functions, strengthens the life essence of Jing, and nourishes the blood.

From the perspective of Western science, it supports the normal functioning of the cardiovascular system, particularly contributing to the maintenance of normal blood cholesterol levels. 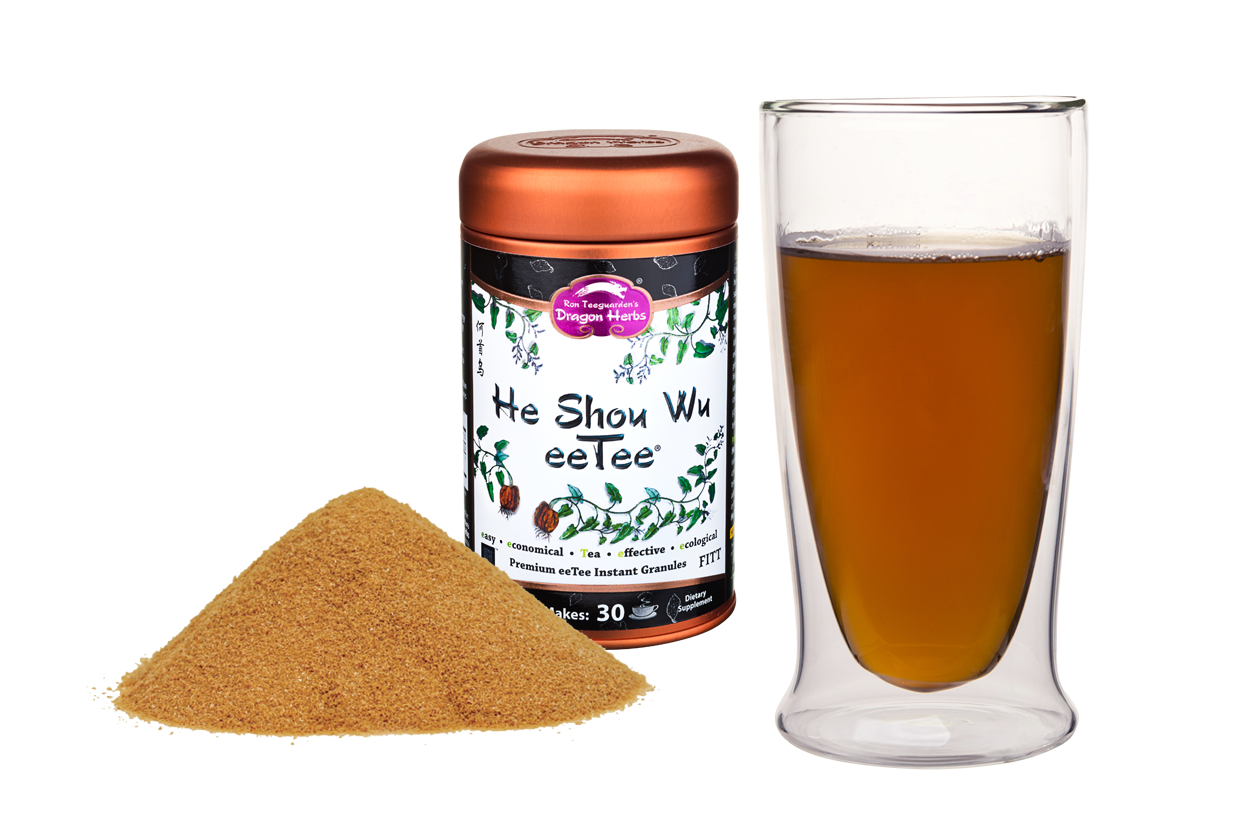 Li Ao of the Tang Dynasty (618-907) wrote a book, entitled "The Legend of He Shou Wu", documenting in detail the discovery of this herb.

He Shou Wu was discovered by Neng Si, whose physical constitution was very frail, due to this handicap he was never able to marry or produce children. Although he was a strong drinker, he was an ardent follower of Taoism and often imitated his Taoist teacher in the mountains.

One day, he fell into a drunken stupor in the forest and, after waking up, saw a pair of vines winding up to a height of nearly three meters. He thought they looked as if they had just made love, so in his whimsical state he dug up the root of the plant and brought it to the cottage. He had never known this plant in the village until a hermit from the mountains set his eyes on it and advised him to try it.

Neng Si agreed, ground the root into a powder and swallowed a small amount on an empty stomach. He began to feel a hitherto unrecognized vitality coursing through his veins, and after a short time he noticed certain compulsive urges developing. Soon this hitherto unfortunate man began to experience something very foreign to him - an incredible virility that he could hardly control. Over the next few months he became very strong, then even doubled the dose. Within a few years his hair had darkened again and his appearance had regained its youthfulness. Over the next ten years, he even conceived several sons and changed his name to "Neng Si," meaning "He Who Can Produce Offspring."

Although the herb was thus made famous as an anti-aging and fertility restorer, it was not until the Ming Dynasty Emperor Shi Zong (reigned 1521-1566) that it was bestowed with an herbal formula called "Beard Beautifying Powder of Seven Treasures". He had great success with it, producing several royal princes. He said he owed his success to this herbal mixture. TatThe blend, containing He Shou Wu as the main ingredient, immediately became very popular even among the common people, and He Shou Wu itself has since become a traditional part of households throughout Asia.

The story of Li Qing Yen

The story, which is very widespread, tells of a man named Li Qing Yen who is said to have lived to the age of 225. All evidence suggests that this is not possible. Thus, the story of Li Qing Yen should only be seen as a legend. However, in Asia, people believe that Li Qing Yen did live and lived to an impressive age (at least 100 years).

According to the story, Li Qing Yen was born in the mountainous southeastern part of China and ran away from home at the age of eleven with three pilgrims who were engaged in the herb trade and travelled together through China, Tibet and Southeast Asia.

As Li Qing Yuen matured, he became a practicing herbalist who was also known for his incredibly robust health and amazing vitality. When he was in his fifties, he met a very old man who managed to surpass Li Qing Yuen in walking despite his advanced age. This made a great impression on Master Li because he believed that brisk walking was the key to health, longevity and inner strength. He was trying to learn the old man's secret. He was told that once he began to consume a daily "soup" of the herb called gou qi zi (the fruit of the Lycium chinensis, known as Goji berries), he would soon acquire a new level of health. Li Qing Yuen knew about Goji, of course, but he did not use it as a major part of his daily herbal diet. Li Qing Yuen did exactly what the old sage advised and began to eat Goji soup regularly from then on.

He was revered and many of his disciples followed him. One day, while traveling through the mountains, he met a Taoist hermit who was much older than himself. Li Qing Yuen was so impressed by the Taoist's level of enlightenment that he asked him to reveal his secrets. The Taoist recognized Li's sincerity and taught him the ancient secrets of Taoist yoga, advising him to adjust his diet and eat He Shou Wu daily in conjunction with ginger. Lio then changed his diet and focused mainly on herbal intake.

This legend is a representation of Taoist culture, involving a longevity unimaginable to us. It has long been known that the Taoists have always greatly outlived all other Asian peoples. Many of them lived to be hundreds. The Taoist art of longevity, known as the "Way of Dazzling Health," is one of the most precious heritages of the East. The Taoist art of longevity includes tonifying herbalism, qi gong, tai ji quan, Taoist yoga, Taoist sexual techniques and many martial arts.

"Ready" versus "raw" He Shou Wu

The He Shou Wu tuber must be prepared in order to be used as a regularly ingested tonic herb. The tubers are sliced and simmered in a black bean soup (10 parts He Shou Wu to 1 part black bean) until the soup has evaporated. "The 'prepared' roots are then dried without added additives.

The "preparation" eliminates the laxative effect that fresh and cheaper He Shou Wu, used heavily in Chinese herbalism as a laxative, can have, and awakens the tonic effect in it. The processing is also intended to increase therapeutic efficacy and eliminate toxins. He Shou Wu is known to promote macrophage activity.

Concentration: the powdered extract of He Shou Wu is prepared from Polygonum multiflorum tubers of the highest possible quality, growing in the hard-to-reach high mountains of Yunnan Province in China. It is processed FITT™ technology at temperatures below 42ºC, which preserves plant pigments, bioactive substances and enzymes.

Recommended dosage: 1 teaspoon (2 g) mixed with water (hot or room temperature), 1-4 times a day
Can be consumed as a tea or mixed into your favorite beverages (e.g. smoothies).

Ingredients: prepared extract of the root He Shou Wu

Use: He Shou Wu can be taken as a nourishing herb for life. It is often the primary herb of a Jing energy support program.

Keep out of reach of children. Store in a cool, dark, dry place. Do not exceed the daily recommended dose. It is not a substitute for a varied diet. Not intended for children under 3 years of age, pregnant and lactating women. 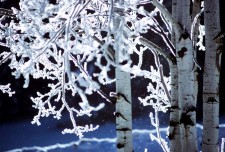 Kidneys – that´s what matters in the winter

Winter is already in full flow! This is how we perceive it from our western perspective now. But some time ago, we would opt for different words expressing aptly the peace of this season. Night took over, nature is getting quiet and slow, countryside is peaceful and cold; and everything is covered in shades of white and black. It´s the perfect time to contemplate and relax both your mind and body. If you make use of the winter to recover your strengths, in the spring the energy will await you instead of spring fever and you´ll be ready for the more active part of the year. 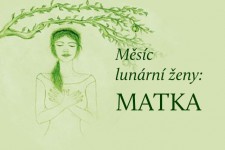 The noon is from time immemorial associated with magic and miracles and those exactly happen in woman´s body during this phase. The aspect of reckless virgin, we described in the previous article is followed by the archetype of caring mother.

Ask a question All questions (4)