Plant-based milks are not any longer just an issue of vegans or persons with lactose intolerance, they became a kind of trend. And as any other food trend, it didn’t take long until food industry has also focused on plant milks. 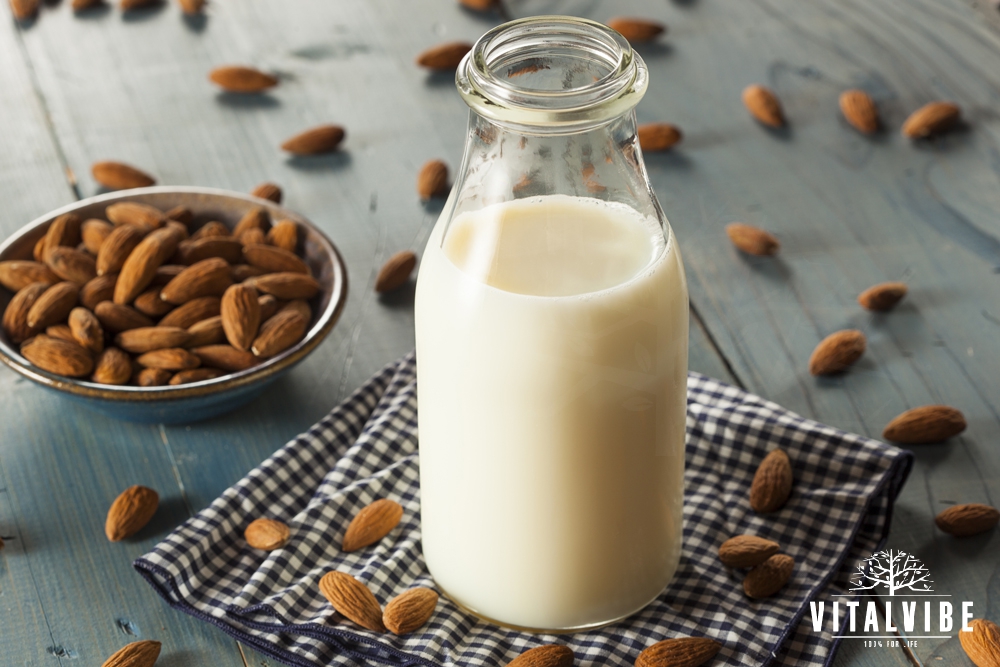 A number of companies devoted to the production of plant milks. Naturally, every company has created its own “know-how”. They compete with each other whose milk will have more attractive taste for consumers and will be more profitable. In other words, imagine a lot of sugar, add a good marketing strategy and you’ll get a base of what all these plant milks are, even if placed in departments of “healthy food”, both in large and small commercial chains.

If you are still buying these milks, I definitely recommend you to change and be the one who will focus on them at the time of your next shopping. You might be surprised that they usually contain only a few percent of the plant component the final product is named after. 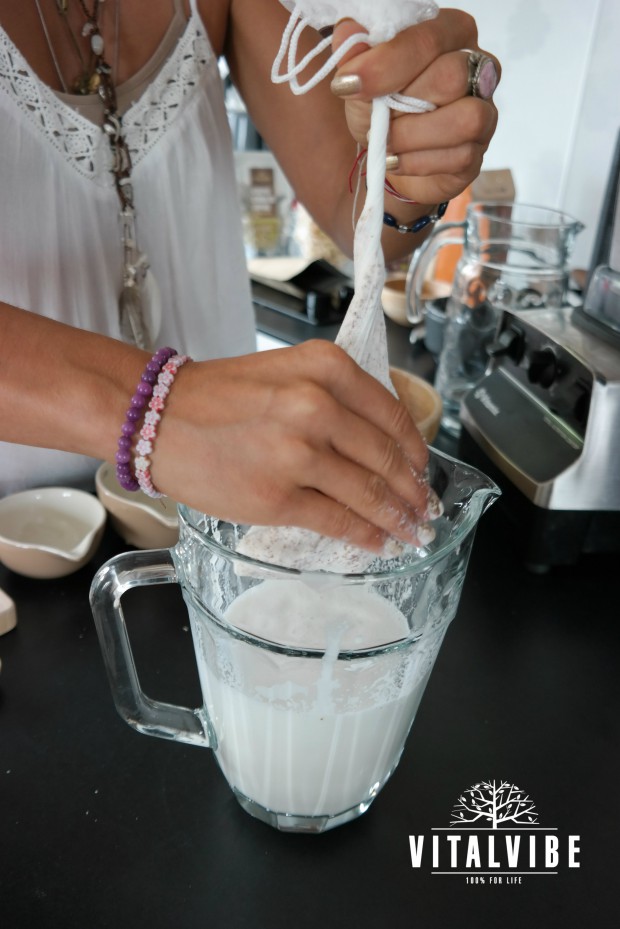 Moreover, commercial plant milks are usually much more expensive but we pay just for a substitute of what we actually want. For example, a soya milk is a product of soya oil (usually GMO), corn starch, soya proteins and whole spectrum of additives, most frequently stabilizers and flavourings.

The original plant milk, which everybody can make easily at home, contain vitamins, minerals, fibre, calcium, proteins and many other unique substances depending on the kind of the milk. On top of that, they are all free of cholesterol.

So let’s make our own homemade plant milk by ourselves! We will need just a given substance we want to make the milk from, water, blender and cloth strainer or our cotton bag specially made for homemade plant milk production. Another great helper could be our Veggiefino. See how does it work.

“Pour hot water on a dried grated coconut and let it stand a couple of hours”, that’s exactly one of the most usual proposed methods of many recipes. Even though it is very simple to do, the truth is a coconut from a shop has been deprived of most of its characteristic “superpowers”. And hot water? It will destroy the rest of valuable substances which has left.

So I recommend you to make your coconut milk from a fresh coconut. You can usually get one of those for about 20 crowns. But be aware of your selection. Stored coconuts are often spoiled. 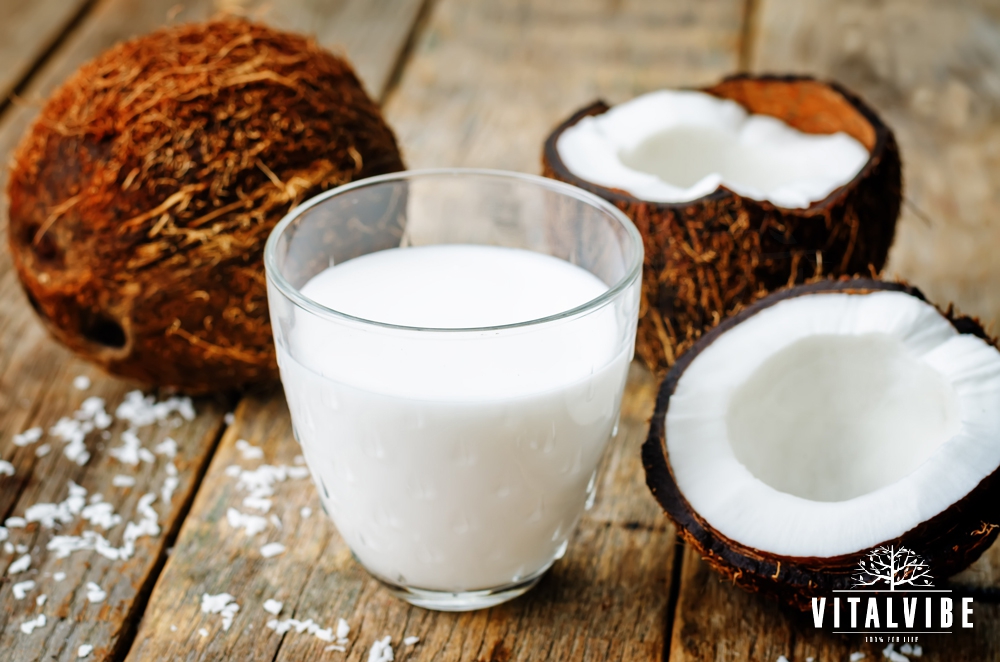 A shell of a fresh coconut should never be broken. All three holes are closed and if you shake the coconut, you hear a lot of liquid splashing inside - the coconut water. Nevertheless, this selection procedure is not enough to guarantee a perfect coconut. You can always be unpleasantly surprised when you open it at home. But don't get discouraged by it, because when you find some really fresh coconut, the result is worth waiting.

Break up the coconut. Drink the coconut water, full of B vitamins, calcium, magnesium, potassium, antioxidants and an abundance of other beneficial substances (I recommend to cool it in a fridge before drinking, it is delicious). Scoop out the flash and mix it together with water. Put it in a closable container and let in a fridge for 6-24 hours. Then strain it over a cotton bag or a piece of cloth.

Once the milk is finished, you can consume it directly or keep it in a closable container in a fridge. If you choose the second option, don’t be surprised by a change of its consistency. A fat will naturally start to separate from the milk and it gradually makes a layer on the surface. You can use it to make a cream or just mix it in milk again.

Tip 1: Since the milk is done, you have some coconut flash left in a bag. Don’t ever throw it away! In case of coconut, spread it on a piece of parchment paper and dry it at low temperature until obtaining a homemade grated coconut. You can also use the rests of coconut into a base of raw or baked desserts, put them into a porridge or a yoghurt. Fantasy has no limits. 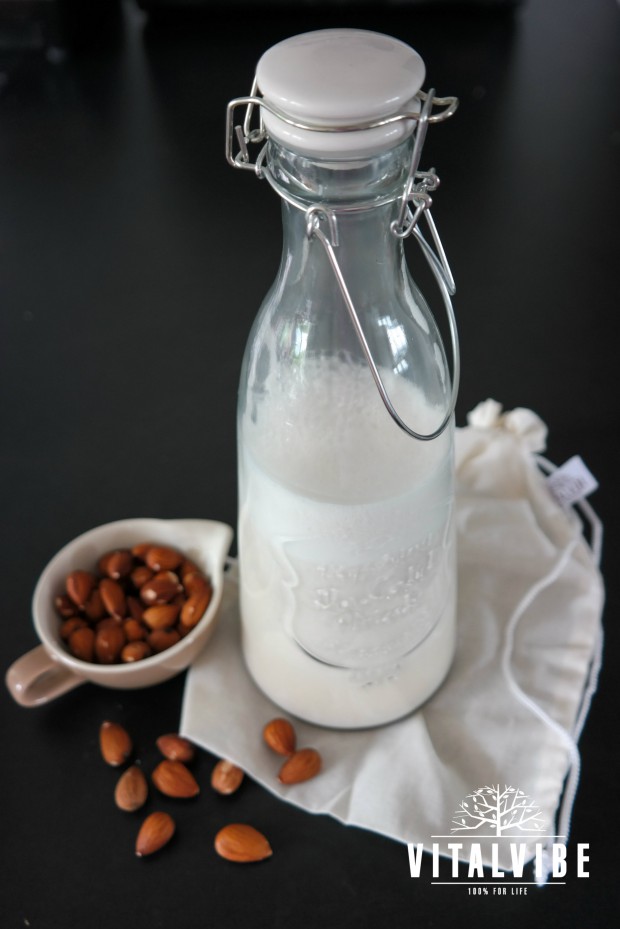 Almond milk contains a lot of potassium and magnesium. It is alkaline and so it is also a great helper in case of a hyperacidity of the organism. The hyperacidity is usually caused by stress, smoking or bad eating habits, such as for example an immoderate consumption of sugar, white flour or alcohol.

All those substances start acidic reactions in the body and so they disturb the acid-alkaline balance. These processes could lead to quite ordinary problems - weariness, water retention, headache but even to the serious ones such as diabetes or a heart attack. Of course, the consumption of almond milk won’t save you, you’d better start with a change of your life-style. But it can contribute to the improvement of your problems or contribute to the prevention.

I recommend drinking the milk in its natural form, which means no added sugars or sweeteners. Not only it is delicious like it is but also you would just deprived it of its unique quality - to neutralize - by adding sweeteners.

Soak the almonds for 12-24 hours before a production of milk to wake up all the beneficial components inside of them. Then rinse the almonds and mix them with water. Finally separate the flash from liquid again using a plant milk production bag or a piece of cloth.

Tip 2: On the Internet, you can find out information about the best before date of plant-based milk, which is estimated to 3-4 days. Even though it’s truth, if you don’t use all of it until then, definitely don’t pour it away. Have you already heard about plant-based kefir? This live probiotic drink has a positive influence on the gut microbiota, strengthens the immune system and last but not least it boosts the metabolism. And its production is possible not only from animal milk but also from plant-based milk. A delicious one is for example coconut kefir.

The advantage of rice milk is its neutral taste which makes it better for cooking both sweet and salty dishes. You can prepare this kind of milk from cooked or raw rice. 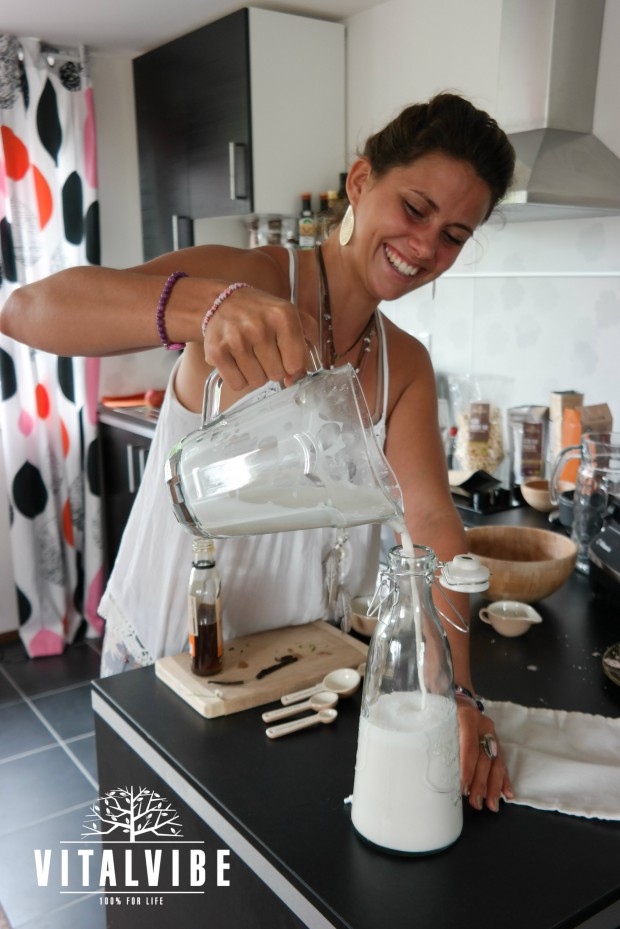 Rinse the rice and cook until it becomes tender. Strain the water, pour 1 l of fresh water on and mix it together. Finally strain the milk. You can use the rice remaining in a bag to make a porridge or a spread.

Rinse the rice, put it in a container with water (in a ratio of 1:2, rice : water) and let 12 hours rest at room temperature. Strain the water, pour 1 l of fresh water on and mix. Strain again.

You can repeat a similar method of procedure to make many other kinds of milk - from nuts, seeds or cereals. If you hesitate about a right ratio of a plant ingredient and water, you could keep the general rule 1:2 (plant ingredient : water) and so there is no way you spoil it up.

Tip 3: If you are used to the taste of store-bought plant milks, you might be a little bit surprised by a real homemade one. But remember fantasy has no limits, so you are completely free in your creation. Are you missing a sweet taste you were used to from the commercial milks? Mix in for example some dates or coconut nectar. A maple syrup is great to complete a hazelnut taste, but if you feel like trying something else, just do it. Try to add some cinnamon, clove, cardamom or nutmeg. The milk will get a beautiful smell of these spices. Adding cocoa beans or cocoa is a clear choice for chocolate lovers. 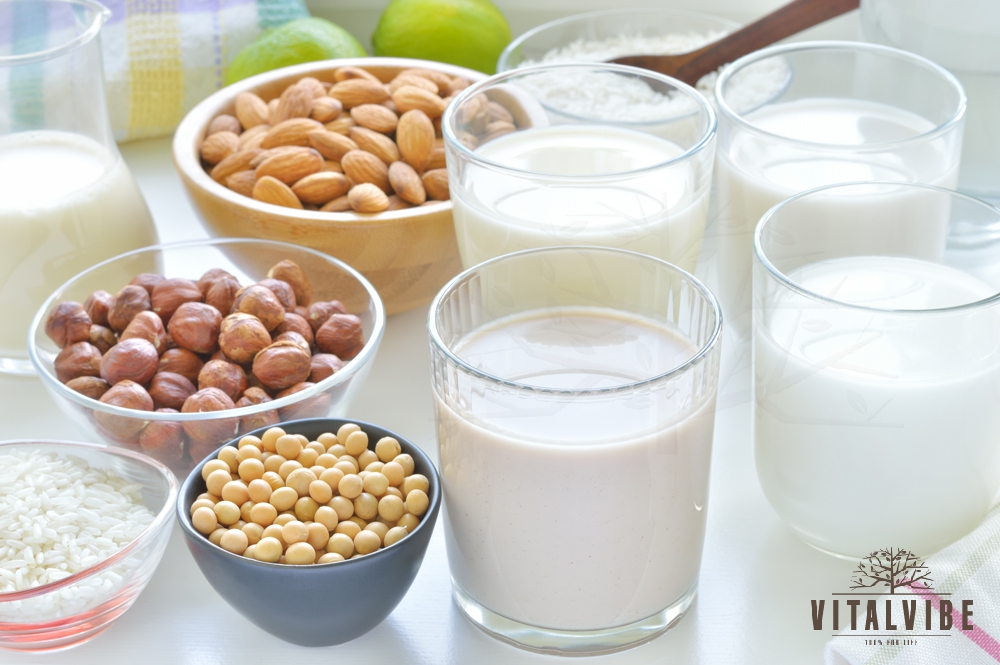 Plant-based milks are not any longer just an issue of vegans or persons with lactose intolerance, they became a kind of trend. And as any other food trend, it didn’t take long until food industry has also focused on plant milks.

Raw version of your favourite breakfast. You can make hemp milk immediately (without soaking) and buckwheat granola can be pre-made and...